Human Confusion about the Resurrection 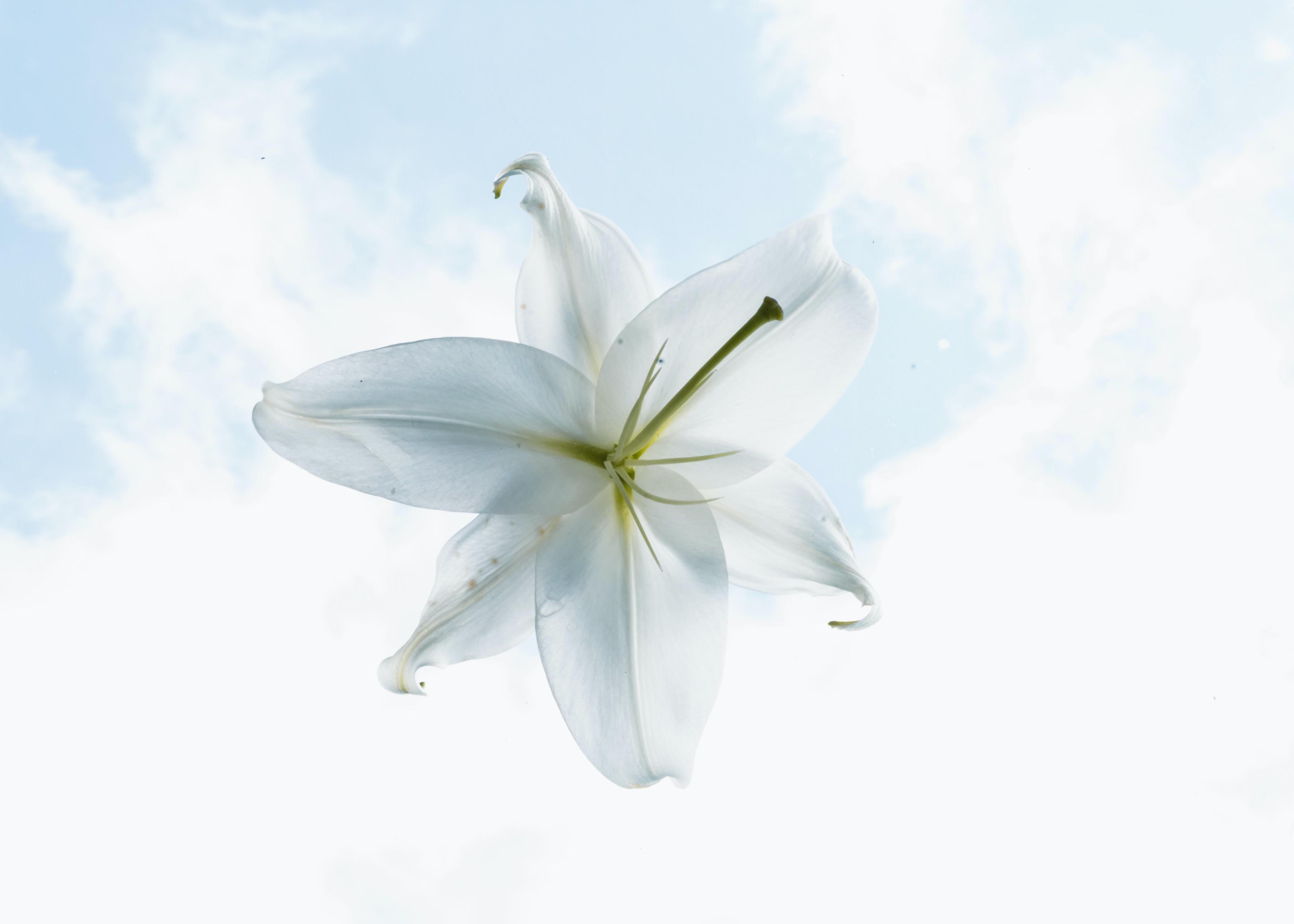 One of the things that is absolutely fascinating about the Easter story is how long it takes for people to realize what has actually happened. Jesus pretty bluntly told those close to Him what was going to happen, that He would be captured, tortured, crucified, and that he was going to raise again on the third day, yet after Jesus took His last breath on the cross it seems that even His closest followers had already forgotten. Or they were at least confused about what was happening.

Even when they learned that the tomb was empty on the day of His resurrection, they did not understand. The women who first came to the tomb "were greatly perplexed" (Luke. 24:4). Although angels had announced at the tomb, "He is not here, but is risen," and even though the Lord Himself had appeared to some of the women and disciples, the others "did not believe" (Mark. 16:11, 13).

This confusion can be seen as a picture of our own faith. How our ideas are slow to change, and how the way we view things is deeply rooted in natural appearances. Which makes sense…. From birth our experience is mostly in the flesh. We have to work to focus on the spirit, for we too can be “perplexed” by any new thought which challenges our present understanding.

The confusion and lack of belief on the part of the Lord's followers could not change the fact that The Lord had accomplished the first part of His goal. The hour had come—He was crucified. But the Lord's purpose went beyond this. He had come to rescue the human race, and this was not accomplished solely by His victory on the cross. If our salvation were assured by Christ's sacrifice alone, the Easter story could have ended with His burial—but it doesn’t!

Our salvation is not miraculously assured by something the Lord did for us once and for all, centuries ago. Salvation is made possible by the Lord's presence with us here and now. This is the importance of the resurrection and a faith in a living God. “For He is not the God of the dead but of the living, for all live to Him.” (Luke 20:38) This is the promise of Easter: that though we may well experience suffering, tribulation, persecution, and even death in this world; we can have a new life in Him. “For if we live, we live to the Lord; and if we die, we die to the Lord. Therefore, whether we live or die, we are the Lord’s.” (Romans 14:8).

The Stone Rolled Away:

The first part of the Easter story is that a great stone, covering the opening to the tomb, was rolled away. This of course was not because the Lord needed a way out, but to make it possible for Peter, John, and the women to learn the truth that, "He is not here, for He is risen." This was the dawning of a new understanding of the Lord in the minds of His followers. Just as it was early in the dawn when the women came to the tomb.

We are told in the Heavenly Doctrine for the New Church that the great stone placed at the mouth of the tomb was a symbol of how the people of that era had entirely closed their hearts and minds to the truths presented in the Lord’s Word, making it as if dead. The stone being rolled away speaks to how the Lord by means of His incarnation, His life in this world, His ministry, His victories, and His Glorification, re-opened and revealed the intended purpose and meaning of His Word to the world (cf. Apocalypse Explained 687:18).

But what do we mean when we say that the Word was closed and as if dead, as symbolized by the tomb? The people of that time had the Word. They had the Torah and the Prophets and Psalms, but as their own history teaches, in said books, they had rejected to understand the Word, because they were not willing to live by It. When Jesus came to teach and show what the Word really meant, and what it was for, they despised what was revealed, and the Mouth through whom it came. This is why they treated the Lord in the way that they did. The Lord is “The Word made flesh” and as such He embodied and spoke the Word. The people who crucified the Lord did so because through this act they hoped to destroy the truths which condemned their way of life. They wished to bury the truth, and once and for all, so they placed a great stone in front of the tomb and placed guards in front of it.

Our understanding of the Word can be closed and sealed up too, by the false ideas and sensual fallacies which engulf our minds and hold them captive. The Word is closed to us every time we pridefully impose “the doctrine of men” onto what the Bible actually teaches, instead of humbly listening for the truth as it is revealed to us from the Lord. We bury the Word whenever think that we know better than God Himself. But The Lord by His advent and resurrection has rolled back the stone to allow our sight to penetrate the interiors of His Word, and to find there the truths which have lain hidden behind the letters on the page for so long!

Just because the Lord is risen doesn’t mean that we, or everyone, will immediately understand. This is why it is important to discuss the meaning behind who was first to see and recognize The Lord after His resurrection. Mary Magdalene and the other women brought spices to the tomb to anoint the body of Jesus, and Mary was the first to see the risen Lord. These women and their love for The Lord symbolize an affection for God’s honest truth. They symbolize the love, or motivation, we must acquire to receive anything meaningful from the Word of God. Without such an affection for truth, the Word would be as dead as the empty tomb—but when we read the Word with an affection for the truth it is like seeing the Lord in the garden of our minds, recognizing Him, and calling out "Rabboni!" which means teacher.

But at this point we also read that Mary is not permitted to embrace The Lord for he had not yet ascended—Meaning that there is still work to be done on our part to forge and continue our partnership with the Lord on the level He desires for us. Instead, Mary is told to go tell the rest of the disciples that she had seen the Lord! “His is risen, as He said!” Sharing this gospel truth with the rest of the disciples speaks to how the Lord will continue to lead us by means of our affection for truth, and how He can continually teach us and renew every aspect of our being.

The story of Lord’s resurrection symbolizes a great change which is to take place in our lives; it bares the promise of our salvation from hell, and an eternal cooperative partnership with the Lord as He is “rising again in the minds of those who are reborn every day, and even every moment" (Arcana Coelestia 2405e).

"Arise, shine; for your light has come! And the glory of the Lord is risen upon you.... The sun shall no longer be your light by day, nor for brightness shall the moon give light to you; but the Lord will be to you an everlasting light, and your God your glory...and the days of your mourning shall be ended" (Isaiah 60:1, 19, 20).

Present within the Word of the Lord there are truths themselves, but in its literal sense there are truths which have been adapted to the mental grasp of those whose worship is external, while in its internal sense there are truths adapted to those who are internal people, that is, who as regards doctrine and at the same time as regards life are like angels. Their rational is as a result enlightened to such an extent that this enlightenment is compared to the brightness of the stars and of the sun, in Daniel 12:3; Matthew 13:43. This shows how important it is to know and receive interior truths. People can indeed know these truths, but none can possibly receive them except those who are governed by love to the Lord or by faith in Him. For as the Lord is Divine Good, so He is Divine Truth, and therefore doctrine itself, for everything included in the doctrine of true faith has regard to the Lord. It also has regard to the heavenly kingdom and the Church, and to the things that constitute the heavenly kingdom and the Church. But all these are His and are the intermediate ends by means of which the final end, that is, the Lord, is regarded. (Arcana Caelestia 2531.3).